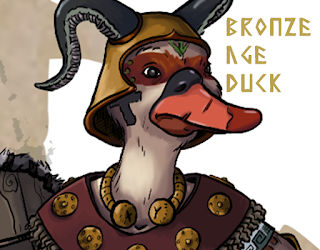 For a while now I've been drawing character portraits of Bronze Age Ducks.

If I remember correctly, I started doing this because there was an art Jam over on itch.io to create paper minis. I started late and honestly, never finished any of the first batch o Ducks I drew by the time the jam was over. However, I really enjoyed making them and they were turning out great, so I keep up with it. Now I have finished my third batch of Ducks; originally these were supposed to be my last set of ducks that I drew but I have been informed by multiple people that I'm not allowed to stop drawing them - so I guess  I'll be making more of them.

Even though the paper min art jam is over I still wanted to use these Ducks for minis In fact, someone has even reached out about possibly paying me to turn these concepts into real miniatures. So hopefully that will still happen, but only the future will tell. However, until that happens I decided for my first Jonstown Compendium offering, I would put out the first set of Dururlz (Duck) Character Tokens. 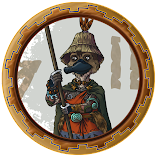 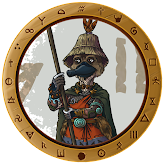 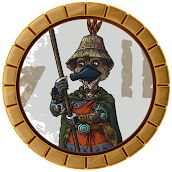 I couldn't decide which Token frame I wanted to use so I gave three different ones in this set.

These Tokens will both come with a PDF so you can print them out and cut them out if you want, but when you purchase the PDF you'll also get a Zip file with each token inside so that you can easily drop them into whatever VTT program/site you use. These probably won't be the last of the tokens I'll end up making - I would like to also make some Aldrymai ones as well, as well as some of the other elder races.

I also have other plans for these illustrations, such as a Duck town with NPCs, Adventure seeds, etc. I'll have more info about this at a later date but for now I'll be starting to draw the map for the town and already know which town it will be. It won't be Duck Point. I had thought of using this well-known location but it sounds like there will be an official product from Chaosium that will have everything about Duck Point in it coming next year. So as to not complete with that product, I'll be going with another Duck-centric location. But I'll make a separate post about that at a later time when I have more to share. 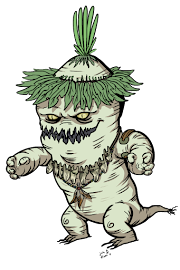